Did Hershey Mislead Thousands of Customers? 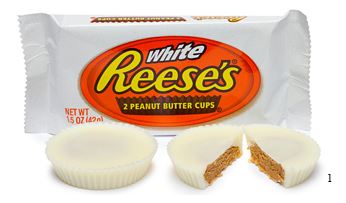 Last month, consumers filed a complaint in the Federal District Court for Eastern District of New York alleging that Hershey’s led customers to believe that the White Reese’s are white chocolate versions of their standard milk chocolate Reese’s. The potential class action lawsuit states that Hershey “has taken affirmative steps for consumers to mistakenly believe the products contain white chocolate and has intentionally failed to correct the misimpressions.”

This isn’t the first time The Hershey Co. has been sued over “white chocolate.” On June 7, 2019, another consumer filed a class action lawsuit against The Hershey Co. alleging that their “white” Kit-Kats misled consumers into thinking they’re eating actual chocolate.

What’s the law on False Advertising?

In the United States, there are state and federal false advertising laws that prohibit various types of deceptive advertising, misleading labeling, and similar practices. False advertising laws provide important rights for consumers, arming them with the ability to seek monetary damages when they’ve been misled. New York is one of the states with its own false advertising law, known as the Consumer Protection from Deceptive Acts and Practices Law. The NY and Federal False Advertising Laws are substantively similar.

False advertising is usually related to cost, quality or use. Sellers can use exaggerations or hyperbole, such as saying, “World’s Best Pizza” which is different from making factually false claims. A false advertisement may directly say something that is not true, or is misleading. However, an advertisement may also be “false” based on what it doesn’t say. If important information is omitted from an advertisement and the consumer wouldn’t have bought the product or service had they known the truth, the consumer may be able to sue the company for this failure to disclose. This is especially true about things the consumer cannot verify, like the ingredients in a product.

If a consumer is a victim of false advertising, they can file a lawsuit against the seller. The consumer can recover any actual damages you suffered or $500, whichever is greater. The consumer can also seek to have their attorneys’ fees paid by the seller if they win the lawsuit. If the court finds that the seller willfully and knowingly violated the law, the consumer may be entitled to extra damages, called treble damages. The court may award three times the actual damages suffered by the consumer, up to $10,000.

Under Federal Law, violators of false advertising with intent to defraud or mislead, may be found guilty of a misdemeanor, and upon conviction can be punished by a fine of not more than $5,000 or by imprisonment for not more than six months, or by both such fine and imprisonment.6

Although it certainly seems a bit silly to start a lawsuit over allegedly deceptive white chocolate, there is at least some evidence that the general public (as shown on Twitter) commonly and mistakenly believes or at least refers to Reese’s and Kit-Kate White as “white chocolate”.