Marijuana In The Workplace Changing Times

Our society’s response to marijuana use is changing rapidly. Eight states and the District of Columbia now permit recreational marijuana use. The use of medical marijuana is allowed in twenty-nine states. In addition, the Canadian government plans to enact legislation in the summer of 2018 which would legalize marijuana use in all of Canada.

We have come a long way from the days of Reefer Madness! 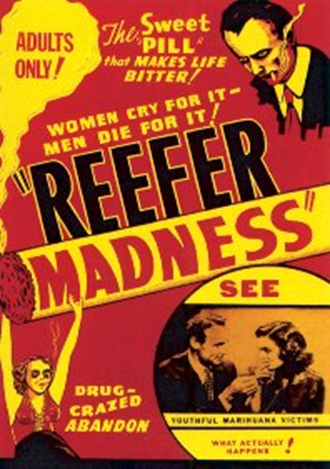 Three cases decided by courts in the northeastern U.S. in the last six months protecting the use of medical marijuana to accommodate disabilities illustrate the scope of the change in judicial response to marijuana use. These cases show a trend away from earlier decisions which held that medical marijuana use was not a lawful accommodation of a disability.

In a May 2017 decision, Callaghan v. Darlington Fabrics Corp., 2017 WL 2321181 (R.I. Super. 2017), a job applicant disclosed that she had a medical marijuana card under Rhode Island’s medical marijuana law to treat migraine headaches, and would not pass the pre-employment drug test. The employer declined to hire her.

The decision begins with a quote from the Beatles: “I get high with a little help from my friends.” The court ruled that the employer’s action violated Rhode Island’s medical marijuana law and disability discrimination law. According to the court, it would be a reasonable accommodation for the employer to change its unwritten policy and not automatically refuse to hire a medical marijuana card holder who tests positive for marijuana.

In its July 2017 decision, Barbuto v. Advantage Sales and Marketing LLC, 78 N.E.3d 37 (2017), the Massachusetts Supreme Judicial Court (the highest state court in Massachusetts) reversed the lower court’s grant of summary judgment, and allowed a medical marijuana user to proceed with her claim under the state’s disability discrimination law . The plaintiff was terminated immediately after being hired because she tested positive for marijuana use in her pre-employment drug test. During her pre-employment interview she disclosed that she used medical marijuana to treat Crohn’s disease.

“Under Massachusetts law, as a result of the act, the use and possession of medically prescribed marijuana by a qualifying patient is as lawful as the use and possession of any other prescribed medication. Where, in the opinion of the employee’s physician, medical marijuana is the most effective medication for the employee’s debilitating medical condition, and where any alternative medication whose use would be permitted by the employer’s drug policy would be less effective, an exception to an employer’s drug policy to permit its use is a facially reasonable accommodation. A qualified handicapped employee has a right under G. L. c. 151B, § 4 (16), not to be fired because of her handicap, and that right includes the right to require an employer to make a reasonable accommodation for her handicap to enable her to perform the essential functions of her job.” 78 N.E.3d at 45.

Most recently, in an August 2017 decision in Noffsinger v. SSC Niantic Operating Company LLC, 2017 WL 3401260 (D. CT 2017), a Federal District Court denied a motion to dismiss made by an employer which failed to hire an applicant who tested positive for marijuana use in a pre-employment drug test. The applicant used marijuana to treat PTSD, at her physician’s direction.

This appears to be the first Federal court decision to determine that the Controlled Substances Act does not preempt a state medical marijuana law.

A. The cases discussed above deal with the use of medical marijuana, not with recreational marijuana.

B. The use, possession or distribution of marijuana is still illegal under the Federal Controlled Substances Act. It is listed as a Schedule 1 drug, in the same category as heroin. Fentanyl, which has been linked to tens of thousands of overdose deaths in recent years, is a lower rated Schedule 2 drug.

C. The Americans With Disabilities Act does not protect an individual who currently engages in the illegal use of drugs.

D. Urine testing, which is most commonly used, detects marijuana use for up to thirty days. A saliva test detects use within the last twelve hours.