No Snakes on a Plane (or Dogs or Cats)? – Breaking Down United Airlines New Pet Policy 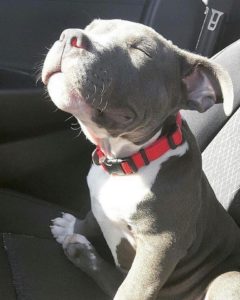 After a week in March in which United Airlines loaded three dogs onto the wrong planes and a fourth died in an overhead bin, United decided to review its PetSafe program for pets traveling in the cargo compartment. Of the nearly 507,000 animals that flew on U.S. commercial carriers in 2017, 24 died, with 18 of those deaths happening on United, according to the Department of Transportation.

Effective June 18, 2018, United will implement several new policies and customer requirements for pet air transportation. The biggest change being their prohibition for 47 different breeds of dog and 4 breeds of cats (more on that below).

United’s pet traveling transportation program, named “PetSafe” in an aptly made public relations move, only accepts dogs and cats. No other household pets or animals will be accepted.

The bulk of the breed restrictions are for short- or snub-nosed (brachycephalic) dogs and cats and strong-jawed dog breeds, including mix breeds. The following breeds are no longer accepted for reservations:

The following cat breeds are also no longer accepted for reservations:

Travelers may still bring small pets, including dogs and cats, into United cabins so long as they are in carriers that fit under the seat. Other airlines such as Delta and American already had restrictions on pet travel during extreme temperatures or for snub-nosed breeds. It is also important to note that United’s new policy does not address service animals and emotional support animals.

Rob Townsley is an associate attorney at Colligan Law LLP, whose practice areas primarily relate to natural resources and commercial real estate law, but who has also represented pet owners in local civil and criminal matters.