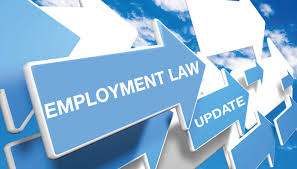 Effective December 31, 2018, the minimum salary for exempt executive and administrative employees in upstate New York increases to $ 832.00 per week.  The minimum exempt salary for New York City and Westchester, Suffolk and Nassau Counties is higher.

The New York State Department of Labor (“DOL”) has proposed regulations that would require employers to pay non-exempt employees for on-call time, cancelled shifts, or shifts that were scheduled on short notice.  The DOL issued revised proposed regulations on December 12, 2018.  These proposed regulations are subject to public review and comment through January 11, 2019.  It is likely these regulations will be adopted in some fashion as final regulations in the first half of 2019.

DOL regulations currently require that non-exempt employees who report to work be paid call in pay for the lesser of 4 hours or the number of hours in the regularly scheduled shift, at the NYS minimum wage rate. Under the current regulations, if the employee’s regular wages for the week are sufficiently above the minimum wage to cover any call-in pay to which the employee would be entitled, there is no obligation to pay call in pay. The proposed regulations eliminate this provision, so that all covered employees would be entitled to receive call-in pay, regardless of their wage rates.

The proposed regulations would require employers to pay employees under the following conditions.  All of this additional pay is at the NYS minimum wage, even if the employee’s pay rate is higher.

Colligan Law is always prepared to assist you in complying with these laws and the many other laws which apply to employers.